Adventure sailing "5 Green Jewels" takes you to the most beautiful island destinations of the central and southern Adriatic Sea.

The islands of Šipan, Mljet, Korčula, Vis and Hvar share the Mediterranean ambience and through our journey we discover their natural and heritage specifics.

For your convenience, you can choose the Hvar Island (arriving via Split) or you can opt-in for Šipan Island (arriving via Dubrovnik) as your starting point for this journey. The itinerary and the experience will be the same, whichever option you choose, and both Split and Dubrovnik are well connected with international flights..

Starting from Dubrovnik OR FROM SPLIT

Flying into Dubrovnik you can easily reach Island of Šipan which has connection boats from Dubrovnik port of Gruž. We recommend that you come a few days earlier to experience one of the most beautiful cities of Europe and Mediterranean. Island of Šipan is also a good place to stay for a day or two before sailing out.

Korčula is paradise island that enchants everyone, known also as the little sister of Dubrovnik. Perfect for sightseeing, popular destination known for its vines. The Ancient Greeks called it Korkyra Melaina, and the Romans called it Corcyra Nigra, or roughly translated, Black Korčula. You can read more about Korčula in our Blog section.

Vis island is on radar for many travelers due to 2018. Mamma Mia! Here We Go Again. As a pelagian island it was always of strategic interest to different military forces so it is rich with history, tradition and military relics, tunnels and bunkers. This isolation preserved the island from development and drove much of the population to move elsewhere in search of work, leaving it underpopulated for many years.

On Island of Hvar we will finish our journey. The Island of Hvar is a unique fusion of luxurious Mediterranean nature, rich cultural and historical heritage. Hvar is an island with a rich history from ancient Greece and the sunniest island on the Adriatic.
Starting and ending destination

We suggest taking some  time to spend both on Hvar and Šipan islands which are 2 endpoints of this trip. From Hvar it is easy to reach Split while from Šipan you can reach Dubrovnik. Also, both Split and Dubrovnik are connected with fast passenger ferry. You are welcome to contact us to help you in your plans.

All prices are per person.

To book a whole sailing yacht (6-8 persons), please contact us for details and offer.

Šipan is a part of Elafiti Islands, an archipelago situated slightly southwest of Dubrovnik.
The island, which is only 16 square kilometers in size, is home to old summer estates and 34 churches that bear witness to a rich history that peaked during the era of the Dubrovnik Republic. Interestingly, Šipan was inscribed in the Guinness Book of World Records as the island with the greatest number of olive trees in comparison to its size. Our gathering place is in Šipanska Luka (one of the two villages on the island) which provides an intimate atmosphere of a small Mediterranean place with only 200 inhabitants - fisherman, olive oil producers, and restaurant owners. After boarding and getting to know ship's crew, we will choose one of the options: sea kayaking or sailing to the ancient city of Ston and tour around one of the largest European medieval fortifications with walls in the total length around 6km reinforced with numerous towers and fortresses. We spend the night at Elafiti, where the battle between Caesar Commander Vatinius and Pompey Commander Marcus Octavius (47BC) was held or sailing to one of the north side fishing villages on Mljet Island.

The next day we head to Mljet Island and its national park. Mljet, the most forested island in the Adriatic Sea is our second Green Jewel. It was already mentioned in the fourth century BC in Greek writing, and the numerous Greek amphora and shipwrecks along the coast of Mljet are evidence that Greek sailors stayed on the shores of Mljet during their journeys. According to legend, believed by the local population and some researchers, the hero of Homer's Odyssey experienced a shipwreck on the south of Mljet Island and found shelter in the cave, named after him "Odysseus Cave". National Park contains two salt lakes, with a Benedictine monastery on the Isle of St. Mary. We will go to the National Park, hike, walk, or cycle, take a boat tour or visit the monastery of St. Mary and swim in the crystal clear turquoise waters of the lakes before returning to the village for dinner. Here we spend the night and prepare for a long day of sailing.

After departing from Mljet we head towards Korcula Island. Its been known since the 6th century BC when it was an ancient Greek colony under the name of Korkyra Melaina (in translation “Black Korcula”, for its dark green pine forests). Korcula is also known as the hometown of the Polo-Depolo family, and according to some theories, the 13th-century explorer and traveler Marco Polo, the first European to present facts about China and other Asian countries. We will visit the town of Korčula, defended by walls and towers, which emphasize its strategic significance through the ages. Statue of the town and island of Korčula originated in the 13th century is one of the oldest legal documents in this part of Europe. Afternoon, we will explore coast with SUP boards and sail to the south side of the island where we will spend the night.

Early in the morning we leave Korčula and sail near the lighthouse on Cape Stončica (built in 1865) which points us to the Vis Island, the fourth Green Jewel of our journey. Because of its strategic military importance until the year 1989, the island of Vis (4th BC, ancient Greek colony "Issa”) was closed to tourists, preserving the original Mediterranean beauty. After landing, we will discover the town of Vis and Stiniva bay ("The most beautiful European beach" by Tourist portals) by hiking, local transport or rented car. Those interested in the historical heritage of Vis can explore artifacts and remains from the time of the Ancient Greek Colony to the military infrastructure of the 20th century. Overnight is in the city of Vis or in one of the protected bays.

In the morning, we sail to the Hvar Island, a well-known Adriatic gem and the 5th Green Jewel of our sailing adventure. Discover its amazing shorelines and Pakleni Islands archipelago. Once a Greek colony, today Hvar is famous Mediterranean tourist spot that attracts for its culture, food and wine, adventure and nightlife. We will stop in the town of Hvar for exploration and paddleboarding in the area. The town of Hvar has a rich heritage and magnificent architecture of the engraved stone. For a view that will "take your breath away", is necessary to walk through the Mediterranean vegetation to Fortica fortress which offers a unique view of the southern landscape and the cultural symbol of the city - Theater, founded in 1612 as the first civil theater in Europe. Our journey ends in Hvar, from where you can catch the connection to Split by regular boat or catamaran.

This itinerary and the duration of the activities are subject to change due to group abilities and preferences, weather conditions and forecasts, water levels, special events of interest, etc. LuxMediterranean Experience guides and trip leaders will do their utmost to ensure the best possible experience for their clients without compromising safety at any time. This may mean changing the original itinerary to avoid discomfort or risk which could be caused by exceptional situations. LuxMediterranean Experience reserves the right to alter the itinerary without prior notice. 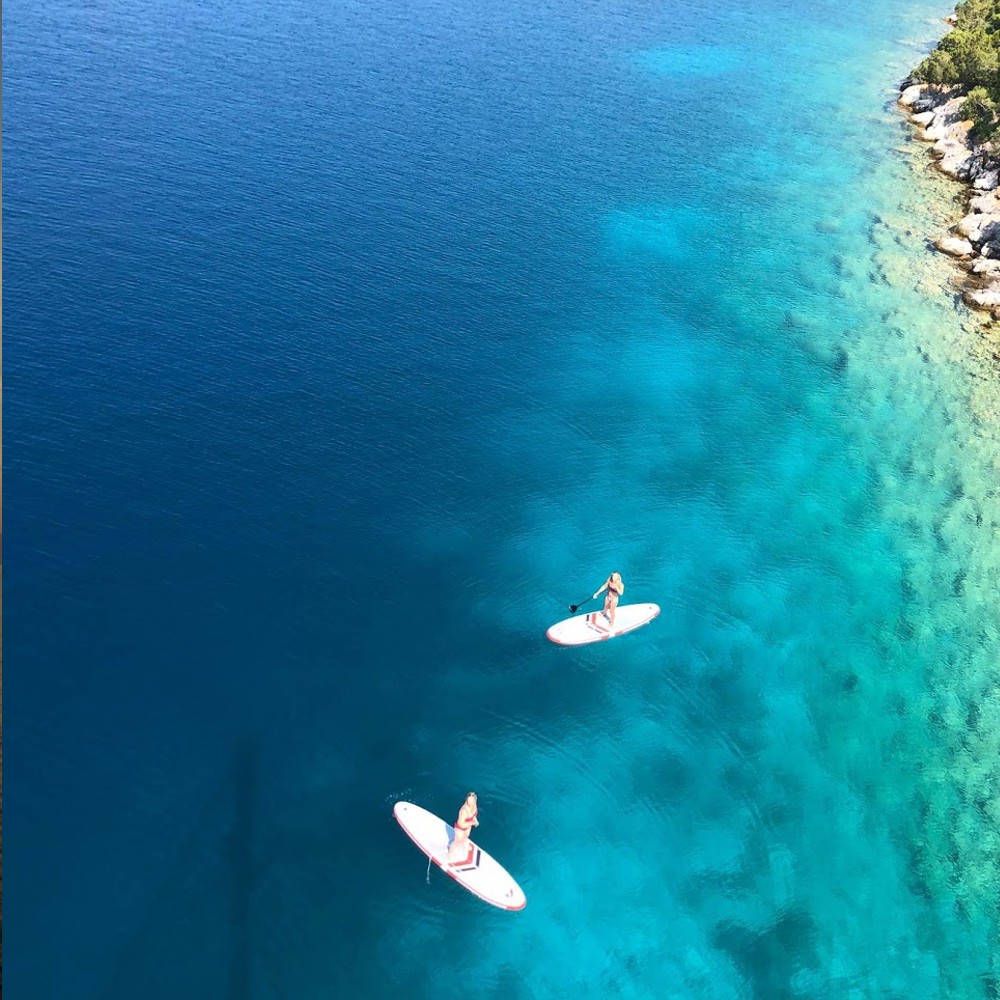 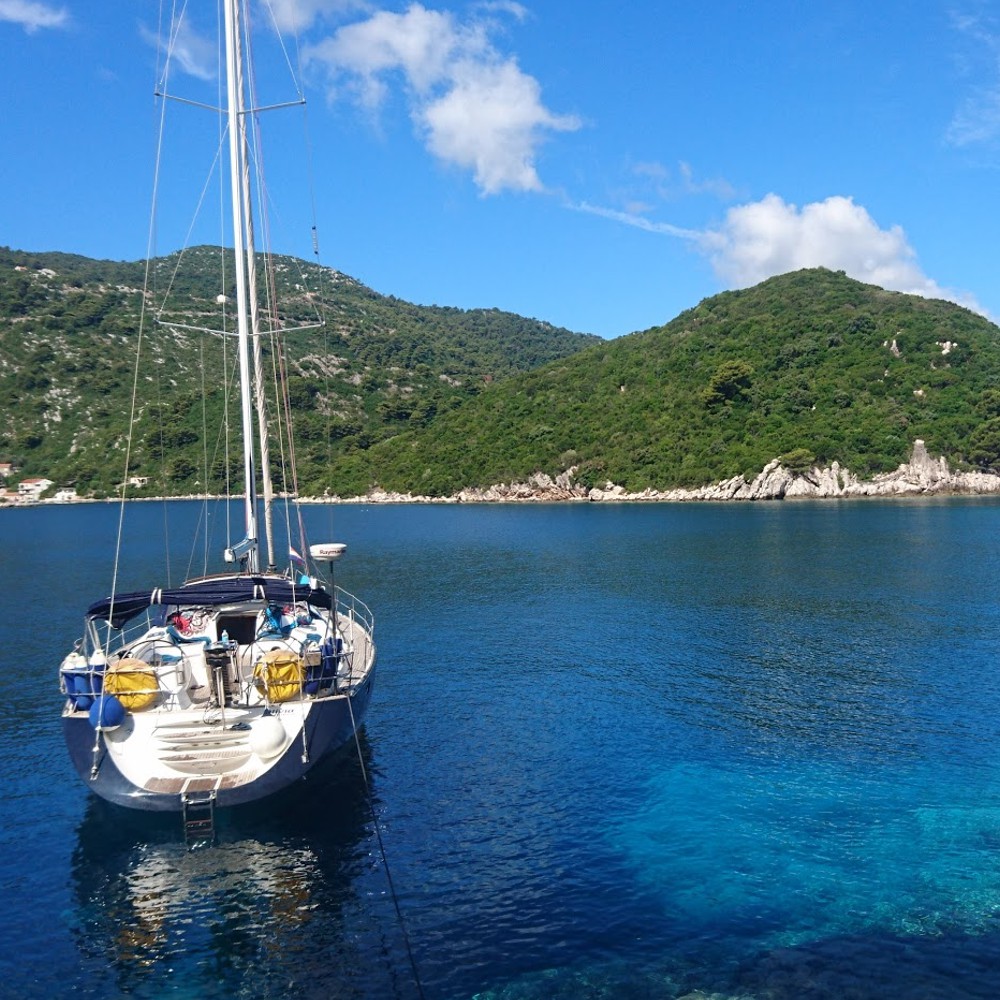